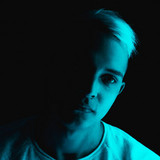 Music for the differents. Diberian, started his music career in 2012. His unique path in music knows no boundaries and has received global acclaim from labels, artists and electronic music outlets and blogs internationally from every corner of the world. His production techniques and unique sound, blending several subgenres into his very own Mystic House (House, Tech House, Deep House) is a phenomenon. He is taking Mystic House and his unique talents to reach more people each month, from his native Latin American habitat to the United States and European cities. He has had the pleasure of remixing tracks for renowned artists, earning him a special place in his followers heart and other producers/DJs and vocalists around the world. Collaborations with artists from the United States, Portugal, Argentina, Vietnam and more has taken his sound to the furthest reaches of the planet. Diberian is an artist characterized for being ambitious and creative. His aim is to capture his audiences ears, hearts and imagination with sublime sound design and track structures outside the box.