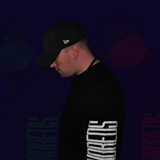 Twelve-plus years ago, he started his journey as an aspiring artist & built a loyal following & fan-base through MySpace as a rapper & producer. His passions, instincts, talent, and ambitions continued to lead him in the right directions as he transitioned into selling beats at YouTube as a producer, which eventually had him working with Artists like Cashis, Albee Al & Michael Lloyd Pinq, in addition forming key relationships with titans of the industry in the commercial realm, working with reputable companies such as E-Entertainment and MTV. Continuing to educate himself, Jason rounded out his skillset even further by attending the mastering academy in Hamburg, Germany to learn everything he could about engineering on a professional level. Instantly applying what he learned in a brand-new role behind the studio boards at Boogie Park Studios, Jason’s career began to blossom once again; and in working directly with the spectacularly famous band Culcha Candela, he produced & co-wrote their Track “Copacabana” from the album Feel Erfolg, which not only cracked the top-twenty of the charts in Germany and Top 100 in Switzerland/Austria, it surged to #4 in Hip-Hop Charts Germany, and confirmed that Jason Hits was the real deal. His reputation for excellence in all-things-music was solid – and word was spreading. Completely reinventing & rebranding himself in 2020, Jason is taking his years of experience straight to the next-level as both songwriter & producer. Stay tuned!