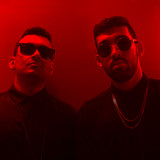 This is Where It’s ATT. Two Aussie brothers, originally from the European party island of Malta. Influenced by their lifelong passion for a solid sesh Where It’s ATT infuse Bass House and G-House elements into modern Dance Music. Described as “Abrasive, uncompromising and unapologetic.” by the highly regarded Acid Stag blog, the brothers keep pushing the boundaries of their unique genre. In 2020 the duo independently released their Debut Album Sounds Of The Street (Deluxe), which exceeded over 4 million streams online. It saw support across the board from multiple Spotify playlists such as Operator and Nasty Bits. Electronic music pioneers such as Tommie Sunshine and Black Caviar were also some industry heavyweights to get behind the release. Where It’s ATT have officially remixed for labels such as EMI, made waves on BBC Radio 1, iHeartRadio and have performed over 400 gigs internationally across Australasia & Europe.

The brothers are now about to embark on an exciting phase of their career as they work closely with the masked enigma that is The Veste. Follow