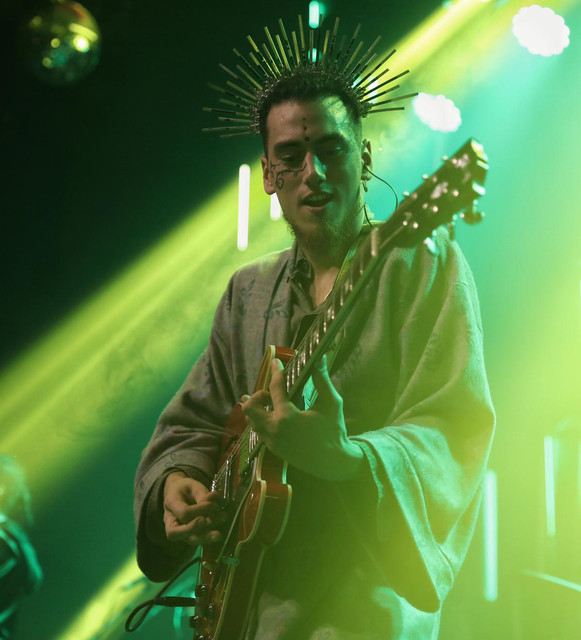 Evrencan Gündüz was born on 2 February 1996 in Kadıköy. Evrencan, who got interested in the guitar when he was 14, learned playing the classical guitar through the contribution of his guitar playing friends and by watching videos on the internet.

At the age of 15, he learned to play the electro guitar beside the classical guitar when his father gave him an electro guitar as a gift. He enriched his experience by taking the stage with his father in different hotels and locations. When he turned 16, he started being a street musician and founded his first band called T-Blues together with his friends during that year and performed in different concerts and festivals. He played on ferries until it was banned to make music there. Beside his unplugged solo programs, he continues to perform concerts with his band ‘Evrencan Gündüz ve Uzaylılar’ (Evrencan Gunduz and the Aliens) along composing and working on his album. Evrencan who continues with his music life, aims to be one of the best jazz and blues musicians in the world. He is still carrying on with his academic career at Istanbul University’s Faculty of Aquaculture Engineering.<br>