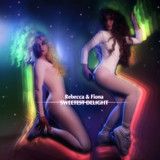 Striking producer, DJ and pop duo Rebecca & Fiona has been a prominent part of the Swedish and international music scene since 2007. Equally known for their work, strong opinions, prominent style and friendship they have through their career worked to elevate women’s position in the music industry. Since their breakthrough Rebecca & Fiona have released two Swedish Grammy awarded albums, had their own TV docs drama and toured most parts of the globe together - both as headline and with leading artists like Robyn, Avicii, Tiësto, Kaskade and Axwell. Avid collaborators, they’ve worked with a wide range of acts ranging from electronic powerhouses like Nause, Adrian Lux and Kornél Kovács to pop acts such as Kleerup, Little Jinder and Derek Pope. 2021 will hold a year-long series of singles and collaborations, released under their very own label Big Romantic Music.