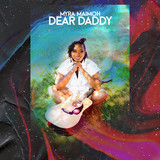 African folk music to jazz and pop. Myra started singing and dancing, while still in preschool at the age of 2. Myra has had an extremely intensive and extensive musical career ranging from singing and dancing with group - Crystalz and Cherubic Queens who won many inter-college awards for best performances. Myra's musical activities consisted of live group performances, lead singing in choirs, solo performances and studio vocalist till the beginning of 2010 as she joined the Hitsmith family. 2 songs from her debut album, "Answer'd Me" in the New Christian music Gospel Euro Charts. "Please Take it Slow" was number 1, 7 times in row & "I'encourage U" number 2 in the first week on the Chart. "Killing me" was 25th in the 2010 World Song Contest.