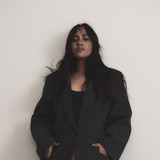 She's a four-time ARIA accredited Platinum seller, Australia's exceptional entertainer, a national darling that is one of the hottest creative exports and above all that; Jessica Mauboy is a singer songwriter with the talent to take a tune to the top of the charts. Not only has Jessica has sold over 3.4 million units globally, achieved 5 top ten albums, 15 top twenty singles, have over 158 million global streams, Jessica has toured with big leagues Beyonce, Chris Brown and collaborated with the likes of Ricky Martin, Flo Rida, Snopp Dogg and Pitbull. Jessica has performed for Barack Obama, Oprah Winfrey and Ellen DeGeneres and made history being the first non-European solo artist to represent Australia at Eurovision. Jessica made her acting debut in the Australian film musical 'Bran Nue Dae' which also starred Academy Award winner Geoffery Rush. Jessica starred in the internationally celebrated and multi-award winning feature 'The Sapphires'. Jessica received both the AACTA and AFCA Award for Best Supporting Actress for her outstanding portrayal of the role of Julie. Jessica made her way back to Australian screens, in the six-part TV series 'The Secret Daughter' in a role specifically developed with Jessica in mind. The series so successful it returned in 2017. This year, Jessica released , 'Sunday' and 'Little Things' from the fourth studio album HILDA which will be released 18th of October. With her best work to date, Jess has co-written each of the 14 tracks on HILDA.