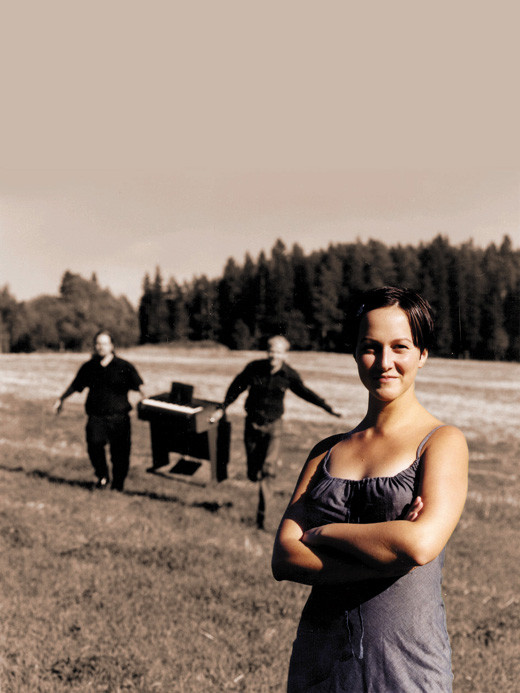 Not too many bands begin life as a New Year's resolution, but Sweden's Triakel has never done things the obvious way. When harmonium player Janne Strömstedt and Hoven Droven fiddler Kjell-Erik Eriksson agreed to play together after a party in 1994, they were as good as their word and the duo was later joined by Garmarna vocalist Emma Härdelin. Indeed, it was her arrival that helped give the band its name, as Triakel is a sweet black licorice, which Eriksson realized suited their music with its dark mood and sweet voice. For what was essentially a side project, it quickly took on a life of its own as the band toured, not only in Nordic countries, but around the world. It took until 1998 for them to release their first CD, the self titled Triakel. The album was followed by "Innan Gryningen," a single which was recorded with Benny Andersson of former supergroup ABBA. That might have seemed like an unlikely combination, but it worked well -- so well, in fact, that the song was included in the band's 2001 release, Wintersongs. The band's power essentially lies in the unusual juxtaposition of dark traditional ballads, with the harmonium and Härdelin's haunting voice working with and against the fiddle, and some of the purest, most angelic melodies in folk. While working on a small, humble scale, they show they smaller doesn't necessarily means less, as two instruments and a voice can conjure up a great deal of emotional power. Their traditional material often originates in the Jämtland region of Sweden, although they've broadened their repertoire to include pieces from other parts of the country. The band continues to exist while both Garmarna and Hoven Droven enjoy down time, and Strömstedt guested on Hoven Droven's More Happy Moments... album. ~ Chris Nickson, Rovi