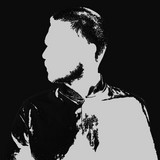 Trommer is a Brazilian DJ and producer currently based in São Paulo. His references transit through Techno, Disco, House and Afro House, translating a wide, dynamic and singular track selection. Since 2014, the DJ and producer holds a residency at Sunset Sessions, a major reference for South Brazilian electronic scene and a fertile development ground for his career. He has already performed in venues like Club Vibe (Curitiba), Terraza (Florianópolis) and the renowned D.Edge (São Paulo), with also international shows in Berlin, Amsterdam, Budapest and London. In 2016, Trommer created his own project Margem with a partner, which takes innovative references and stimulates his hometown scene until today. A definite watershed in terms of production came in 2019 with Small Place EP, hosted by the renowned Italian label MoBlack Records, reaching the Top 10 Afro House on Beatport, added to the release on Prisma Techno, one of the most respected Brazilian techno labels. Since then, his music benefited from the support of artists such as Doctor Dru, BLANCAh, Trikk, Toto Chiavetta, Armonica, Sobek and Moblack, expanding his recognition gradually and surely. In 2020, Trommer heads inside the studio a quite intense production pace for the next releases, with some promising news in sight.