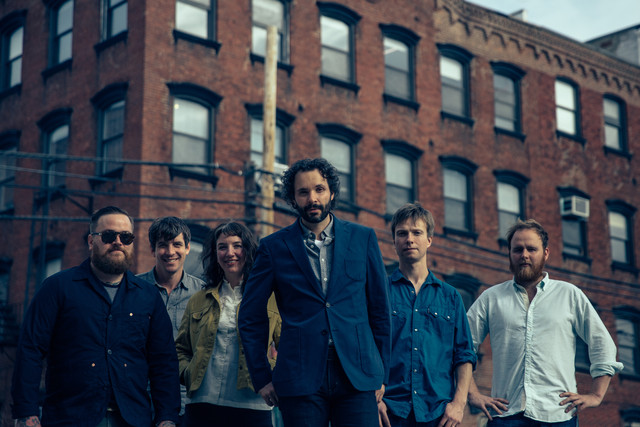 A Portland-based group originally comprised of singer/guitarist Israel Nebeker and drummer Ryan Dobrowski, Blind Pilot strikes a balance between mellow folk and West Coast indie pop. The two co-founders first banded together in college before combining their talents and touring the northwestern Oregon circuit. By 2006, however, they'd decided that a change of scenery might help their songwriting. Blind Pilot consequently relocated 90 miles north, where the guys spent three months inside an Astoria warehouse while recording demos for a full-length album. Afterwards, Nebeker and Dobrowski launched a "bike tour" that saw them traveling from Vancouver to San Francisco via their bicycles, playing shows and selling EPs (not to mention saving gas money) along the way. They returned home to finalize their 3 Round and a Sound debut, which was released by Expunged Records in June 2008. While playing shows in support of 3 Round and a Sound's release, Blind Pilot added four new members to the touring lineup. This swelled the band's sound, making 2011's We Are the Tide a more fleshed-out, lush affair. The group then signed with ATO for their third LP, which would be five years in the making. Still operating as a six-piece, they released And Then Like Lions in the summer of 2016. ~ Andrew Leahey, Rovi