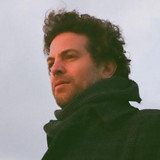 Daniel Dor is a Jaffa based musician and Singer Songwriter releasing his second album. Taking a turn from a trio based Grang Rock band into instrumental, psychedelic and sometimes dream pop realms. Daniel has started his musical journey as a guitar players and band member of 'The brothers and the animals' and 'Sweet peanut in the circus'. His first Solo album 'Positive Rock' in 2012 consisted of Bass/Drum/Guitar trio based powerful rock songs. During 2015-2016 Daniel created the Songman Project, a musical documentary dealing with Palestinian peace activists. Since 2017 Daniel has been shaping new sets of materials starting his live act at 2019, making a significant appearance at the piano festival in Tel Aviv Museum. Through the years Daniel's songs have been broadcasted regularly in Israeli radio stations.