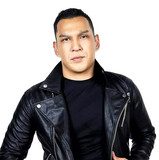 Habashi, an enchanting DJ/producer from Singapore who has created his own unique style of Trance music layered with Arabic music instruments such as the kamanja, duduk & oud. The Arabic influence stems from his family culture of Yemeni roots.   The name Habashi stems from his grandmother’s name Alhabshee. Mesmerised by music from a young age, the DJ’s father was a guitarist and music resonated within the family household.   It was while serving as a police coast guard in 2014 that he discovered Trance music. Absorbed by the energy of the atmospheric sounds he felt compelled to purchase his first set of decks and over-time, put in the work to teach himself the skills of a DJ.   Habashi describes Trance music as “positive vibrations with a healing effect” when his DJ skills began to develop, he played heavily on the unground music scene, as well as gaining the opportunity of performing at various events.   With a keen interest to produce his own tracks which would allow him to create his own distinctive sound, he set about learning music production and was also helped by the producer Don M.   Today, Habashi creates tracks that are enriched with a trancey, expressive aura on top of the rhythmic patterns. The tracks glide through with a deep intensity, while the layers of frequencies create their atmospheric sound as they communicate on their expressive journey.   The DJ/producer aims to use his music to heal.