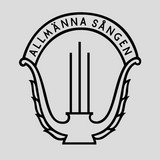 Founded in 1830, Allmänna Sången, commonly known as AS, is known as the oldest academic choir in Scandinavia and counts itself among Sweden’s most eminent and illustrious choirs. Deeply rooted in its hometown of Uppsala, the choir daringly expands the limits of the modern classical choir formula in both repertoire and sound. Since 2010 the choir is conducted by Maria Goundorina, who took over the leadership after Cecilia Rydinger. Historically AS has flourished under the leadership of such figures as Hugo Alfvén, Gunnar Wennerberg, and Robert Sund. Allmänna Sången is proud to be under the Royal Patronage of H.R.H. Victoria, Crown Princess of Sweden. Although Allmänna Sången is profoundly rooted in classical choral repertoire, including Swedish romances and folksongs, the choir is always looking for new challenges. The choir’s youthful, yet surely professional, sound reflects the young age of the singers. AS and its members are constantly refining and cultivating their craft, all in the name of adventurous exploration. With confidence and a great sense of joy, Allmänna Sången brings tradition and novelty together in harmony.