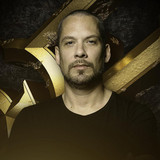 Few acts have faced the test of time and succeeded in bringing true passion and innovative creativity to their productions for many years. Noisecontrollers is certainly one example of a rare breed of pure creativity that has thrived in the world of Hardstyle for over one decade. The addictive signature sound of Noisecontrollers is based on the foundations of high quality production with an ambition to master the depths of hardstyle with an undying ability to emotionally captivate all listeners. Noisecontrollers first album, E=NC² (The Science Of Hardstyle)

brought out an array of fresh tracks and this effort was doubled when Bas released his second album All Around in 2014. His third album, All Night Long (Collected Studio Material 2013-2015)