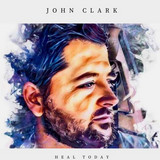 John Clark hails from the musically rich community of Missouri but his music is found and enjoyed around the world. Some artists are simply too large to contain inside one genre and John Clark is one of those artists! John is formally “indie psychedelic rock”, but that fuses into instrumental, cinematic, folk rock, psych and prog rock. As though that weren’t enough of a spread, John’s talents range so wide as to require a second moniker by the name of “Fin Moon” to provide a platform exclusively for acoustic instrumental work, mostly fingerstyle guitar with a smattering of mandolin, ukulele and all things instrumental. With over 200 live shows in multiple bands under his belt, including some of the biggest Jamband festivals in the Midwest John is equally at home on stage or in the studio and has over 200 songs released including collaborations with artists around the world. Already the #1 “indie psychedelic rock” artist identified in Spotify’s genre search tool, John’s new moniker of “Fin Moon” is proving to be a force to reckon with in the fingerstyle guitar world and you will find “Fin Moon’s” work on major fingerstyle guitar playlists. With the ability to capture and hold a live audience and create brilliant recordings in the studio John proudly plays Breedlove Guitars, G7 Capo’s and GHS strings and can coax both the sweetest of sounds and the hardest of rock from his 25 years of pickin.