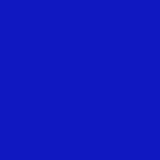 Australian experimental electronic music composer Ben Frost was born in 1980 and grew up in Melbourne, influenced by a wide range of music from classical minimalism to punk rock and black metal, as well as sound art and design. In 2001, he self-released his debut EP, Music for Sad Children, which was well-received and led to an album release, Steel Wound, in 2003 on Lawrence English's acclaimed Room 40 label. The album was composed of treated acoustic guitar recordings made in the desolate Australian outback, combined with field recordings by English, and was warmly received by the worldwide ambient community. In 2005, Frost emigrated from Australia, a country where he later said he "never really felt at home," and moved to Iceland, where he formed the label/collective Bedroom Community with fellow experimentalists Valgeir Sigurðsson and Nico Muhly. Frost then started to develop what would become regarded as his signature style: densely composed, incredibly visceral, noisy music created with electric guitars, electronics, and chamber strings. His debut for Bedroom Community was the highly acclaimed Theory of Machines in 2007, followed by the even more vicious By the Throat in 2009. As the collective grew, Frost performed on and engineered many albums by his fellow artists, and became infamous for his brutally loud, unlit live performances. In 2010, he was selected to be mentored for a year by Brian Eno as part of the Rolex Mentors & Protégés Initiative. The result was the 2011 album Sólaris, a soundtrack of sorts to Andrei Tarkovsky's classic sci-fi film commissioned by the Unsound Festival in Kraków and composed alongside fellow Bedroom Community artist Daníel Bjarnason. Frost branched out into other soundtrack work with his scores for the Australian psychological drama films In Her Skin and Sleeping Beauty, the latter of which was screened in competition at the 2011 Cannes Film Festival and was critically acclaimed. Frost spent most of 2012 in the Democratic Republic of Congo, documenting the bloody conflict there with video artist Richard Mosse for an audio-visual art installation exhibited at the 2013 Venice Biennale. While he was there, he also wrote music for a new album. In 2013, he signed to Mute and went about recording the new album with Greg Fox, Shahzad Ismaily, and Swans drummer Thor Harris. Inspired in part by a love of African music he had learned from Eno, the album was heavily percussive, as dense as his earlier work but less noisy and more purely electronic. Titled Aurora, it was released in May 2014, preceded by the single "Venter." That year's Variant EP included remixes of the song by Evian Christ and HTRK, as well as other reworkings by Kangding Ray and Regis. Frost's score for the video game Rainbow Six: Siege, also featuring compositions by Paul Haslinger, was released in 2015. Frost's score for his first theater production, an adaptation of the The Wasp Factory by Iain Banks, was released in 2016. The score consisted of Frost's signature minimalist and experimental drone work with string sections, and made prominent use of sound designed to encapsulate the visceral nature of the show's story. Bedroom Community issued Frost's The Wasp Factory near the end of 2016. Frost's scores for the drama series Fortitude and the film Super Dark Times were released in 2017. He returned to Mute for the Threshold of Faith EP and the full-length The Centre Cannot Hold, both of which were recorded by Steve Albini. Another EP related to the album, All That You Love Will Be Eviscerated, followed in 2018. Frost continued his soundtrack work, providing atmospheric and incidental music for the Netflix series Dark. His compositions for Fortitude were collected in 2019 as Catastrophic Deliquescence: Music from Fortitude 2015-2018. ~ John D. Buchanan, Rovi