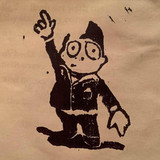 The New Creatures is a five-piece rock band drawn together through mutual friends and a love for rock n roll. Formed by childhood friends Conrad Sloand and John Carstarphen along with their college pals Ben Carroll and Bjarne Nielsen. Sloand and Carstarphen started playing together in high school in Gastonia, North Carolina. Carstarphen and Carroll met in Bozeman, Montana while Sloand and Nielsen played in a college band together in Canton, New York. The four started playing together in late 2019 in McAdenville, North Carolina (just outside of Charlotte), and quickly found Jacob “Dino” Palladino through a lucky Craigslist ad. Recently the band has undergone a lineup change, stumbling upon bassist and young gun Jordan Deans (thanks again Craigslist…) who has seamlessly fit from day one. Now, the five share a house dubbed the Creature Farm where they live and practice.   The New Creatures draw on a wide range of musical influences from ‘60s rock n rollers to modern indie outfits. With Sloand, Carroll, and Carstarphen laying down spicy licks on electric guitar accompanied by the roar of Dino’s drum fills and Deans’s sultry bass lines. Three of the Creatures pitch in on vocals, and all five members contribute lyrics and music. The New Creatures have a fresh yet familiar sound, bringing together elements of surf rock, classic rock, and garage rock.