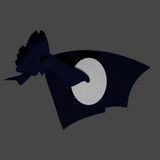 Seattle-based Electronic music producer and owner of good, Soft. Records. MuhBoi creates trippy, experimental soundscapes and textures using analog and digital synthesis, layered with offbeat percussion to create a very off-kilter musical world. Most recently, he released his debut album, "There is No God in Apple Land" via his own "good, Soft. Records" imprint "Seattle-based artist MuhBoi has unveiled There Is No God In Apple Land, a mind-bending, seven-track album that traverses the darkest alleys of experimental electronic music. The trippy record, which was inspired by artists like Onehoetrix Point Never and Clams Casino, was released by good, Soft. Records and produced by way of live instrumentation, sampling, and digital production. The album kicks off with the house music-influenced "Catch," an ambient slow-burner with glitchy sound design and dystopian soundscapes. "Drenched" follows in a similar vein with eerie synths and cleverly syncopated drum patterns ahead of the ensuing track "You Are My Cellar Door," a dissonant bass jam oozing with experimental flair. Then comes the brooding "Cradled/Grated," one of the album's most unique songs with its blend of industrial pads and twangy mandolin plucks. The spacey techno number "Gate to Orbit" arrives next before "NaPP" follows suit with a similar arrangement, albeit in a faster tempo. MuhBoi then ties a bow on the project with "Release," a menacing cut with breakbeat-inspired percussion."