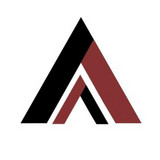 Almost Adequate is a pop-rock band based in Aarhus, Denmark. The band was formed in 2014, and started out playing covers, having fun, and getting to know each other musically. However, it soon became clear that the band members meshed creatively, and felt they had something to offer to a wider audience, and thus began composing their own music. In late 2016 they decided upon taking their music to the next level, and began playing their music live, with the ambition of creating fun and energetic live performances. In 2017 the band participated in Emergenza Festival, and was well received by the audience, who sent them all the way to the Jutland-finals of the competition. The band is intent on creating music with tight rythms you can dance to, songs you can sing along with, and harmony-based melodies you can lose yourself in. This translates to a live performance, with an energetic and feel good atmosphere. The band is on each of the big social media platforms, and also release "behind the scenes"-vlogs. Keep a close eye here on the band’s Spotify page, so you can enjoy all the new releases that they are working on in the studio right now.