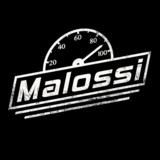 Malossi was formed by Tommy Longstroke and Roy Bigbore with the idea of making hard rock that would make people happy, inspired from the time they were riding tuned mopeds in their youth. Well-grounded in the timeless foundation of drums, bass, and guitar, lifted up by small melodious tales in their rugged native dialect from Solør, the listener is transported to distinctive places with recognisable characters and destinies. Mopeds held together by duct tape. Teenagers listening to Black Sabbath, Kyuss and Clutch mixtapes in their Walkmans™, raging down the dirt road to the corner of the gas station, where they share a flask and tall tales. Accordion music and old Swedish songs about suicide and long-haul trucking can be heard from the gas station radio. Along the path into the forest staggers an old man with a bag from the local liquor store. This is neither odd nor crooked, vain or trendy. This is heavy Rock in Norwegian, with a small slice of American desert and a big chunk of Norwegian rural culture.