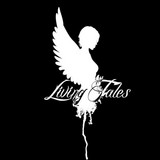 Portuguese progressive & symphonic metal band Living Tales got together in 2007. Guitarist Luis Oliveira and drummer Pedro Barbosa involved bassist Cristiano Ferreira for the new project. After some months of composing, they recruited the keyboardist Paulo Oliveira and Filipa Coelho as the band’s vocalist. Since 2008, Living Tales performed on national stages on several concerts and made their official debut in 2012 with the album Delusional Mind, from which the single Madness is extracted. At the end of 2015, the lineup started to change as Filipa Coelho decided to leave the band due to professional reasons. In 2016, the Italian Silvia Bellora joined the band as the new vocalist. In 2017, also the bassist Cristiano Ferreira left the band and João Carneiro was recruited right after. After the decision of the keyboardist Paulo Oliveira to also leave the band due to professional reasons, in 2018 two new members joined the band: Ricardo Carvalho at the rhythm guitar and Paulo Silva at the keyboards. In 2019, Ricardo Carvalho became the new drummer due to the leave of Pedro Barbosa. Living Tales new album ‘Mirror’ will be released in March 2020. The band is actually performing on national stages and composing songs, seeking for a unique sound that follows the evolution of the contemporary progressive and symphonic metal music scene.