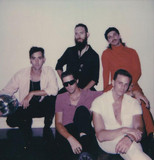 Since their inception in 2014, Jet Black Alley Cat has been featured on Baeble, mtvU, MTV Latin America, Music Ninja, were picked as a favorite on Lightning 100, 102.9 The Buzz and have been played in countless Journeys stores across the country. The band grows strong connections with fans through vocalist Joseph Jett's vulnerable lyrics and the bands energetic and intimate performances. A band that openly invites you into their new EP ' Mad Disco 70's Lovers ' - described as the love story of a Rock n Roll band, Jet Black Alley Cat has plenty of emotions to lead you through a personally relatable experience.