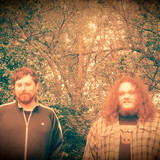 The duo from Naperville, Illinois founded Pariah Folk in 2014, and released the Pariah Folk EP in October of that year, followed by 2 singles - "Gopher It" and "For a Rose" - shortly after. Then in August of 2015 they recorded the Burning Daylight EP, which was an audio-video release.   They recently released their first full length album entitled Mr. Mutations which is available as a digital download or in CD format with a full 28 page booklet. Focused on catchy hooks and building a wall of sound, Pariah Folk blends their guitar driven music with anything and everything, pushing the boundaries of conventional music wisdom. Grounded in folk and indie song writing, they mix in elements of various genres, jazz, grunge, electronic, world, etc. to create music that is anything but cliche.