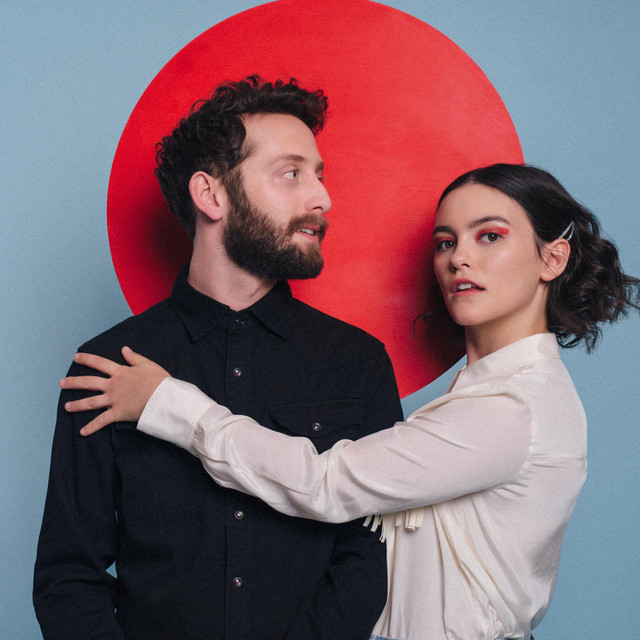 Alternative rock duo Diet Cig have a keen sense of fun, even while delivering relatable, heartfelt songs about youth, love, and life. Playing upbeat and melodic indie pop that's just energetic enough to verge on pop-punk, Diet Cig's music is smart yet accessible, with vocalist Alex Luciano's bright, relatable vocal personna a fine match for the revved-up charm of the music. Diet Cig made a big splash in indie pop circles with their first album, 2017's Swear I'm Good at This, while 2020's Do You Wonder About Me? sounded richer without being any less catchy. Vocalist/guitarist Alex Luciano met drummer Noah Bowman in 2014, during a party on the campus of State University of New York at New Platz; Bowman was mid-performance with his band, Earl Boykins, when Luciano approached him asking for a lighter. The pair quickly hit it off and, ultimately, started making music together. Luciano already had a number of songs ready to go, albeit in acoustic format; Bowman suggested switching to electric guitar -- for all intents and purposes it would be Luciano's first electric experience -- and adding drums. During the summer of 2014, Bowman had moved in with sound engineer Chris Daly (Porches, Quarterbacks), allowing for the speedy recording of their debut EP, Over Easy. In need of a platform to release the record, Dean Engle (frontman for Quarterbacks) passed on the recordings to Jessi Frick (label head at Father/Daughter), leading to the release of Over Easy in February 2015; the EP was received with glowing positivity, raising the duo's profile considerably. Diet Cig toured almost nonstop throughout 2015 and 2016, including shows all over the U.S. and Europe, only pausing to release a double-sided single, "Sleep Talk," and to start work on their debut album. Swear I'm Good at This was released in 2017 on Frenchkiss Records. Following the release of the album, the duo headed out on a mammoth tour of Europe, the U.K., and the U.S., playing numerous dates over the next two years. At the end of 2019, the pair returned to the studio with Christopher Daly -- who had produced their previous releases -- to record their sophomore album. The first fruits appeared at the beginning of 2020 with the release of the singles "Night Terrors" and "Thriving." Both tracks would appear on the LP Do You Wonder About Me?, which Frenchkiss delivered in early May 2020. ~ Liam Martin, Rovi