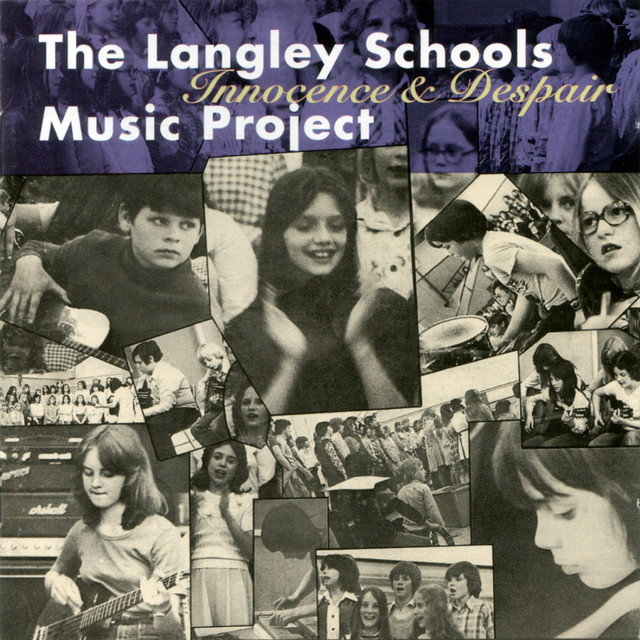 The Langley Schools Music Project is not so much a group as the name that served as an umbrella for a couple of super-obscure, privately pressed LPs by Canadian elementary school students in the mid-'70s. The recordings were supervised and arranged by Hans Fenger, a Vancouver musician who had taken a post teaching music in elementary schools in the rural area of Langley, British Columbia. Fenger took a then-radical (and still-radical) approach to music instruction that emphasized participation and pop songs the kids liked. Even more radically, he recorded his students on a couple of albums, pressed in extremely small quantities for performers, parents, classmates, and faculty (only 300 were pressed of the first LP). Recorded on two-track in a gym, these feature approximately 50-strong groups of elementary school children singing, usually together (there are occasional solo spotlights), pop/rock songs of the '60s and '70s like "Good Vibrations," "Band on the Run," and "Desperado." They were accompanied by minimal instrumentation, including cymbals, xylophones, metallophones, one open-tuned string of an electric bass, and Fenger's own acoustic rhythm guitar and piano. It was all made to order for eventual rediscovery by "incredibly strange music" fans, of course. Irwin Chusid, author of Songs in the Key of Z, was the prime force behind its 2001 CD reissue on Bar/None. While the record has the amateurish guilelessness one would expect given the circumstances, it does boast some truly odd arrangements, with cavernous reverb, sloppy cymbal crashes, and spooky dabs of xylophone. The bizarre reading of "Space Oddity," with its apocalyptic slides and over-tremoloed guitar, is a highlight. In the early 21st century, its cult following had attracted listeners that the 150 or so school children who participated in these recordings could have scarcely imagined, with John Zorn, David Bowie, Richard Carpenter, and Penn Jillette all praising the record. ~ Richie Unterberger, Rovi