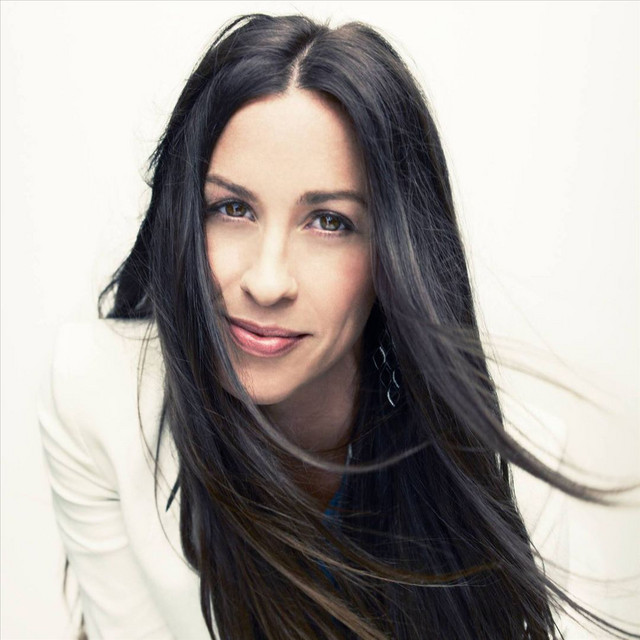 Pitched halfway between glossy mainstream pop and angst-ridden alternative rock, Alanis Morissette's American debut Jagged Little Pill caught the zeitgeist of the mid-'90s, splitting the difference between Gen-X cynicism and self-help actualization. Spinning off a series of Top Ten singles, including "You Oughta Know," "Hand in My Pocket," and "Ironic," and winning the 1996 Grammy for Album of the Year, Jagged Little Pill became an international blockbuster so squarely tied to its time, it threatened to leave Morissette behind in the '90s. Instead, the album gave her a lasting career, one she cultivated through emotional candor and music she gently modulated as she matured. The Top 40 hits slowed after "Hands Clean," the single pulled from 2002's self-produced Under Rug Swept, but Morissette worked steadily, her albums reflecting an earned serenity while retaining the wit and insight that made her a cultural phenomenon in the '90s. Morissette was born in Ottawa, Canada, and began playing piano and writing songs during her childhood years. She also joined the cast of You Can't Do That on Television, a children's television program. Using money that she earned on the show, Morissette recorded an independent single, "Fate Stay with Me," which was released when she was only ten years old. She then concentrated on a musical career after leaving the show's cast, signing a music publishing contract when she was 14. The publishing contract led to a record deal with MCA Canada, and Morissette moved to Toronto before releasing her debut album, Alanis, in 1991. Alanis was a collection of pop-oriented dance numbers and ballads that found success in Canada, selling over 100,000 copies and earning the singer a Juno Award for Most Promising Female Artist. However, no other country paid much attention to the record. In 1992, Morissette released Now Is the Time, an album that closely resembled her debut. Like its predecessor, it was a success in Canada, even if its sales did not match those of Alanis. Following the release of Now Is the Time, Morissette relocated to Los Angeles, where she met veteran producer Glen Ballard in early 1994. Ballard had previously written Michael Jackson's hit single "Man in the Mirror," produced Wilson Phillips' hit debut album, and worked with actor/musician David Hasselhoff. The two decided to work together, and despite their shared experience with mainstream pop, they opted instead to pursue an edgier, alternative rock-oriented direction. The result was Jagged Little Pill, which was released in 1995 on Madonna's label, Maverick Records. On the strength of the angst-ridden single "You Oughta Know," Jagged Little Pill gained attention upon its release in the summer of 1995. The song soon received heavy airplay from alternative radio outlets and MTV, sending the album into the Top Ten and helping it achieve multi-platinum status. Jagged Little Pill's subsequent singles -- "Hand in My Pocket," "All I Really Want," "You Learn," and "Ironic" -- kept the album in the Top Ten for an astounding 69 weeks, and Morissette was nominated for six Grammys in early 1996. She won several of those awards, including Album of the Year and Song of the Year. While she never managed to replicate the success of Jagged Little Pill, Morissette continued to release well-received albums into the 21st century. Her much-anticipated follow-up, Supposed Former Infatuation Junkie, was released in the autumn of 1998, setting a record for the highest first-week sales by a female artist. An Unplugged set appeared a year later and featured a cover of the Police's "King of Pain," while 2002's Under Rug Swept saw Morissette writing and producing without the help of collaborators. So-Called Chaos followed in 2004. A year later, she took Jagged Little Pill on the road as an acoustic tour. Those tour dates led to the release of Jagged Little Pill Acoustic, an album originally (and tellingly) sold exclusively through Starbucks outlets. Morissette and her fans had grown up, and Collection -- an 18-track retrospective of her work -- followed in November 2005. But Morissette wasn't done, returning in 2008 with the brooding Flavors of Entanglement, which dealt with the emotional fallout from the dissolution of her engagement with actor Ryan Reynolds. In 2010, Morissette gave birth to her first child, Ever Imre, with rapper Mario "MC Souleye" Treadway, resulting in 2012's spry and hopeful Havoc and Bright Lights, which focused on spirituality, marriage, and motherhood; it debuted at five on the Billboard Top 200. Over the next few years, Morissette played some acoustic shows, acted, and launched a self-help podcast. Also in 2015, she celebrated the 20th anniversary of Jagged Little Pill with the release of a four-CD Collector's Edition reissue of the album. In December 2019, she released "Reasons I Drink," which served as the first single off her ninth studio album, 2020's Such Pretty Forks in the Road. ~ Stephen Thomas Erlewine, Rovi