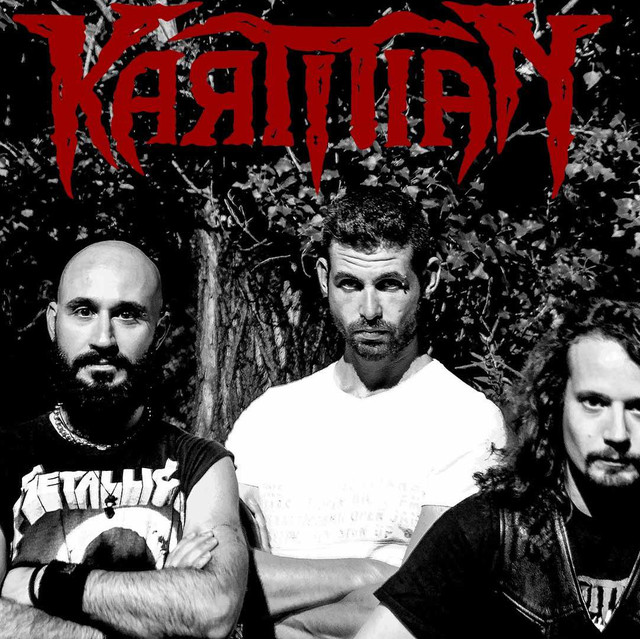 The band was born in 2005 under the name of "When the Storm Broke".The first songs are written,but many line-up changes make the band split up in 2009, after a demo. In 2011 the founding members (Barra, Leone and Badiali) asked Andrea Bertolazzi, former Bad To The Bone Singer, to join the band. The four restart the project under the Karmian monicker, the sound became pure swedish death metal. After some gigs in northern Italy, in 2012 the project is completed with the bassman Andrea Sirignano. Karmian recorded at ZetaFactory Studio, aided by Dysfunction Production, the EP Ways of Death available worldwide the 9th of July 2012. 2013 was a year of gigs around Italy and Sirignano left the band. Gabriele Gabrieli became the new bassman. After a European Tour and continuous live performing, Claudio Nasi replaced Gabrieli and Karmian released their first full-length Surgere et Cadere.