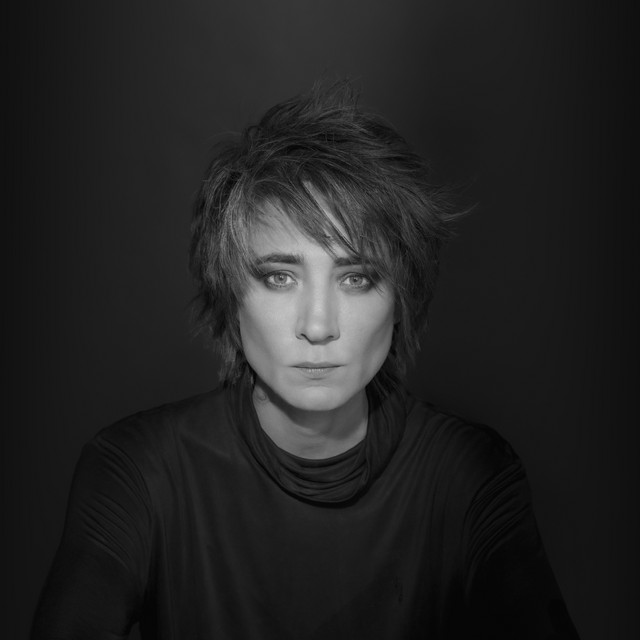 Zemfira is an indie rock musician notable for her departure from the traditional role of women in Russian music. Though she has been endlessly compared to female rockers, Zhanna Aguzarova, Yanka Dyagileva, and Nastia Poleva, she barely resembles any of her Russian predecessors, aligning more closely with foreign artists like Kate Bush or Björk. Zemfira's lyrics engage deeply with taboo but ubiquitous social issues such as alienation, depression, (homo)sexuality, AIDS, and challenges aesthetically-obsessed studio rock of the '90s with lo-fi guitar melodies and a cracking voice. Zemfira's music marks not only a return to the early history of Russia rock, when music was based in dissent, but a new trajectory all her own. Zemfira Talgatovna Ramazanova is an ethnic Tatar born in Ufa, Russia. In 1998 she was working as a radio sound engineer, using the studio at night to record the songs that would become her first singles. Along with group members Rinat Akhmadiyev, Sergei Sozinov, Sergei Mirolyubov, and Vadim Solovyov, Zemfira performed her first concert at a party held by the radio station that year. A few Moscow producers (including Ilya Lagutenko of the group Mummy Troll) caught wind of the group, and in 1999 their self-titled debut was released. Singles from the album, including the catchy "SPID (AIDS)," enjoyed frequent radio play. The band went on tour, simultaneously recording a second album Prosti Menia Moia Lubov ("Forgive Me My Love"). Zemfira arrived on the scene with a sensational energy fueled by promotion and controversy. Some were slow to embrace a woman playing the hallowed chord of rock & roll, which had long been the established territory of men, but they certainly took notice. Zemfira invited curiosity about her sexual orientation, giving one of her love songs a female subject. Tabloids linked her with her frequent collaborator, actress/director Renata Litvinova. Young listeners reveled in her "freak" image that tested social norms, precisely because their parents would never understand. She was a figurehead for the Russian MTV generation, often referred to by the press as "Kurt Cobain in a dress." The Zemfira phenomenon continued with 2002's 14 Nedel Tishiny ("14 Weeks of Silence"), after which, drained by incessant touring, the band went on hiatus. 2005's comeback, Vendetta, was met by an open-armed public and reviews that noted the challenging nature of the songs on the new album, many of which she had written so as "not to have them played on the radio." Zemfira called her October 2007 album, Spasibo ("Thank You"), the positive results of the search implicit in Vendetta. In April 2011, she released "Bez Shansov" ("No Chance"), the first single from her sixth studio album, Jit' V Tvoei Golove ("To Live in Your Head"), which arrived in 2013. ~ Sabrina Jaszi, Rovi