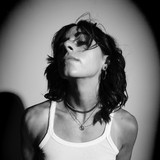 Blending atmospheric electronic textures with dark alternative rock, PVRIS evolved from a post-hardcore underground favorite to a pop-savvy international headliner within a decade. Helmed by singer/songwriter, producer, multi-instrumentalist, and LGBTQ icon Lynn Gunn, the project (pronounced "Paris") made its 2014 debut with White Noise, an alternative chart hit in the U.S. and U.K. Three years later, she returned with the pulsing sophomore effort, All We Know of Heaven, All We Need of Hell. At the turn of the decade, PVRIS' sound had matured into an urgent, dance-friendly hybrid of beat-driven synth rock, which could be heard on Gunn's third set, Use Me. At this time, she revealed that she had been the main architect behind PVRIS all along, handling songwriting, production, and instrumentation from the start. Formed in 2012 in Lowell, Massachusetts, the group's earliest incarnation was as a local metalcore outfit before vocalist Gunn (born Lyndsey Gunnulfsen) branched off to start PVRIS with the help of bassist Brian MacDonald, drummer Brad Griffin, and guitarist Alex Babinski. At this initial stage, the project echoed contemporaries such as Tonight Alive, Against the Current, and Paramore, a sound heard on the self-titled debut EP released in early 2013. Meanwhile, Gunn and her bandmates built a devoted following as a live act with summer dates on the Vans Warped Tour and the Rise Up Tour with Skylit Drive, Wolves at the Gate, and For All Those Sleeping. In late 2013, Griffin parted ways with the group, leaving a core trio led by Gunn. Teaming up with producer Blake Harnage (Versa), they entered the studio to work on their first official album. In June 2014, PVRIS announced that they had signed with Rise Records, becoming the first female-fronted act on the famed metalcore label's roster. Their debut LP, White Noise, arrived in November of that year. Peaking within the Top Ten on the U.S. Alternative chart, the album was also a hit in the U.K. After a year of consistent touring, PVRIS announced their first headlining trek, which coincided with the re-release of White Noise, featuring the previously unreleased single "You and I." In 2017, they joined Muse and Thirty Seconds to Mars on the road, just before the release of their sophomore set, All We Know of Heaven, All We Need of Hell. The album featured the singles "Heaven" and "What's Wrong." A remix by Marian Hill of the album track "Same Soul" appeared in 2018 featuring singer Jaymes Young. In 2019, Gunn returned with a new label (Warner) and a new sound heard on the single "Death of Me," a pulsing synth-washed dance tune co-written with Joywave's Daniel Armbruster. Another electronic-influenced track, the Marshmello-assisted "Hallucinations," followed a month later. Both songs were included on the five-track Hallucinations, a stopgap EP released to sate fans before the next release cycle. While awaiting that album, Gunn shared the new singles "Dead Weight" and "Gimme a Minute," which pushed the project even further into electronic territory. After months of waiting and delays, the cathartic Use Me finally arrived that August. Collaborating with JT Daly (K.Flay), Gunn dove deep for the LP, touching upon everything from relationship woes to her struggles with autoimmune disease. The week of the album's release, it was announced that Babinski had parted ways with the project. ~ Neil Z. Yeung, Rovi