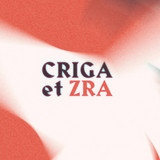 During the last year Criga and his band have put a lot of heart and soul into a new album. But this music from the centre of Switzerland is anything but folksy. Influences from Jazz, Funk and Blues underline the eloquence of the frontman Criga. The emerging group of five friends have already given their best on numerous Swiss stages. For example in 2016 when they shared the stage with the Swiss legend Greis or in 2018 when they performed as support act for the US-American rap legends M.O.P. The new album 'Ä Funkä zums i Brand setzä' will celebrate its release on 20 September 2019.