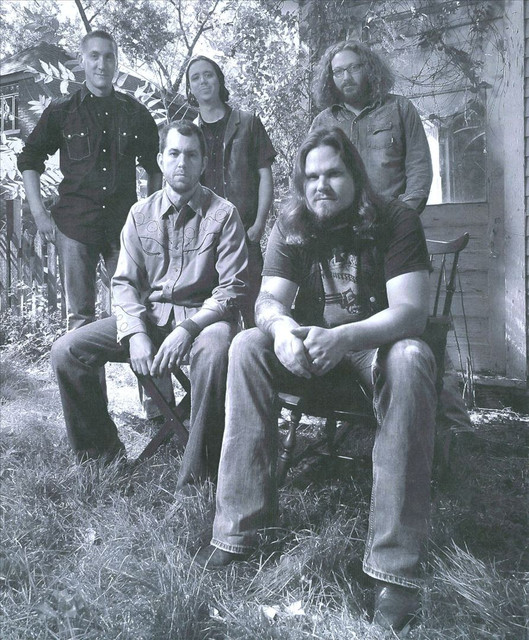 Although he resides in the automotive capital of Flint, Michigan, vocalist/guitarist Whitey Morgan (real name Eric Allen) is a country boy through and through -- and one particularly beholden to Waylon Jennings and his fellow outlaw country posse David Allan Coe, Willie Nelson, Billy Joe Shaver, and Ray Wylie Hubbard, as well as country traditionalists Merle Haggard and Johnny Cash. In 2005, Morgan began assembling a group of sympathetic Motor City musicians to become his 78's, these being guitarists Jeremy "Leroy" Biltz and Benny James, bassist Jeremy Mackinder, and drummer Mike "Pops" Popovich. After making a name for themselves in the local clubs, Whitey Morgan & the 78's connected with Detroit's own typically hard rock-oriented Small Stone Records to cut their debut album, Honky Tonks and Cheap Motels, with crucial assistance coming from pedal steel session player Fred Newell. Morgan and company underwent some personnel changes when Biltz left and fiddle player Tamineh Gueramy joined. They signed with Chicago's Bloodshot Records in 2009; their first album for the imprint, a self-titled affair, was issued in October of 2010. Along with the band, the effort included guest appearances by Larry Campbell, Drew Howard, and Pete Ballard on pedal steel, and Mike Lynch on accordion and piano. The album's release was followed by a national headlining tour. After a five-year hiatus, the group returned with a slightly different lineup in 2015 with the independently released Sonic Ranch. The album made it to 10 on Billboard's Heatseekers chart, a feat eclipsed in 2018 by Hard Times & White Lines, which made it to two. ~ Eduardo Rivadavia & Thom Jurek, Rovi