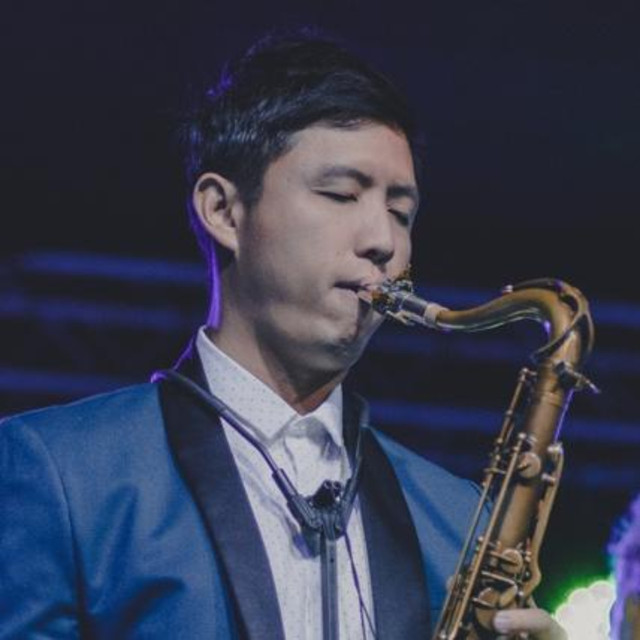 Soulful, funky, and energetic, saxophonist Daniel Chia serves up his signature brand of Disco Jazz as the hottest fresh act on the scene. After getting in the studio with 2-time Grammy Award winning producer and guitarist, Paul Brown, Daniel's debut full-length album of original songs features the finest international smooth jazz artists. With his top-notch band of established musicians based in Los Angeles, "In The Moment" will take the listener on an unprecedented sonic adventure. The album garnered tremendous support and the pre-order of his album raised $10000 in less than 24 hours. As Trevor James, Silverstein, Marca & Barkley artist, Daniel is no stranger to delivering his brand of music to the world, thrilling audiences at the MIDEM Festival in France and the Sunburst International Festival in Malaysia. He has also performed at ZoukOut, Music Matters Festival, Mosaic Music Festival, Audi Fashion Festival and Earth Hour, amongst many others. Since releasing his debut album, Daniel has performed in Malaysia, Thailand, Myanmar, Korea, Japan and the USA. He was also invited to perform in San Diego with 4-time Grammy Award Winner Larry Carlton and 2018 looks set to be another exciting year. Prepare for some uncontrollable foot-tapping, body-grooving, and soul-rocking - Daniel has made it his mission to make every show an unforgettable experience for his audience.