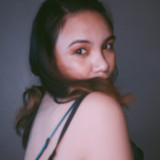 Known for her hugot songs, Anna Aquino started her professional music career in 2015 and was a regular fixture during bar gigs and open mic nights. In 2019, she released her 1st single ‘Biglaan’ independently, under Bandmate Distro, and it entered Spotify’s Viral 50 - Philippines at #13. Staying there for almost a week. In January 2020, following Biglaan’s momentum, she released ‘Unti-Unti’ and currently has 700k++ streams on Spotify alone. Kung Sabagay was then released in August 2020, receiving 500k streams on Spotify after a month of its release. Kung Sabagay also received a “Treble Award” from Filipino Association of Independent Music. In that same year, Anna also won ‘Songwriter of the Year’ from FAIM and signed a Recording Artist deal with PolyEast Records. Matched by a lovely voice that has the discipline to ramp up and temper the hugot factor when needed, Anna Aquino remains one of the most intriguing young artists to watch out for. For gigs/bookings/inquiries: contact 09173458869 or email us at downorthmusique@gmail.com For music licensing queries, contact: 8374-8410 or email: polyeastrecords@gmail.com