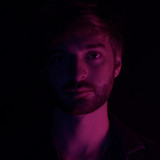 New Jersey native Billy Wilkins is a singer, guitarist, and songwriter of indie, rock, and pop music. Growing up performing in Jersey bars

from a young age, Billy learned from local legends such as Karl Cochran, Stephane Wrembel, and his uncle, Mike DeFellipo. After establishing a name for himself locally, Wilkins moved on to spend a year at Berklee College of Music studying performance however, It wasn’t long until he decided to leave school and pursue a career in music on his own. Soon later Wilkins began collaborating with multi Grammy award winning producer, Jerry Wonda and releasing music via Wonda Music and EMPIRE distribution.