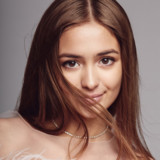 Iuliana Beregoi is one of the most beloved teen artists, vloggers and actresses in Romania and the Republic of Moldova. At only 16 years old she achieved very important performances. Iuliana is the only teenage artist in Romania that managed to have 2 sold out concerts at Sala Palatului in the same year with her managing and producing team Mixton Music. She started vlogging at only 11 years old and by now is getting very close to 1 million subscribers on YouTube. She is also an actress, playing the main character of the online TV Show, „Lara”. It’s success lead to releasing a movie, „Lara Aribelle și mâna destinului”, which was broadcasted at Kanal D and all the cinemas in Romania and the Republic of Moldova. Her latest single, „Cum suna linistea” has become a huge success shortly after the release, gaining millions of YouTube views and being played in heavy rotation at the most important commercial radio stations in Romania and The Republic of Moldova.