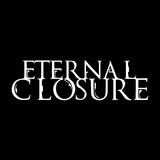 Eternal Closure is a six-piece, female-fronted metal band from Montréal, Québec. They stand out from the heavy local scene with their unique blend of aggressive riffs, versatile vocals and epic melodies, inspired from various sub-genres such as metalcore, progressive metal and djent. Their hard work and dedication are only matched by their excessive love for cats. Over the past nine years, they have honed their craft and their skills as well as their stage experience, opening for renowned bands like The Agonist, Ice Nine Kills, Beyond Creation, Obey the Brave and Red Handed Denial. From their first EP, “Ad Primum”, to their latest release, “Color of Our Fears: Rediscovered”, the band has taken the time to explore what makes them unique. Their songs ‘’I Won’t Fall” and “Defying Gravity” have become a staple in Montreal’s metal scene. With the latest additions to the band, vocalist Katrine Castonguay and guitarists Marine Lacarrière and Phil Lemelin, the group formed by guitarist and singer Olivier Boitel, bassist Jonathan Lauzon and drummer Philippe Boitel has evolved into their ultimate form. The album will be recorded, mixed and mastered at Sound Escape by Cryptopsy’s guitarist and sound engineer Christian Donaldson (Shadow of Intent, Beyond Creation, Despised Icon, The Agonist). Eternal Closure is ready to make their breakthrough in the global metal community and is eager to work relentlessly to reach as many cat-loving metalheads out there as possible.