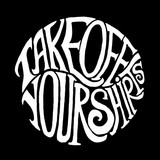 Take Off Your Shirts

Featuring Take Off Your Shirts

When these four young men dressed in black enter the stage one thing is clear: it will get loud. Founded in 2009, “Take Off Your Shirts” have constantly been working hard ever since. Alongside playing 200 shows, music videos, two EPs and one LP were released. But one point still remains the same: the band manages every arising task on their own with huge commitment – from writing, recording or producing songs to the organization of gigs. The most recent result is “Take Off Your Shirts’“ first Album “Iggy Karat“, released in November 2017. The band proudly presents a piece of band history set to music. The listener can expect handmade, honest songs far away from conventional pop tunes but catchy nevertheless. „Take Off Your Shirts” guitar-heavy music is wrapped not only in riffs reminding of stoner rock, but also in iridescent backing vocals and in psychedelic synthesizers. More information, concerts and songs can be found on their homepage www.takeoffyourshirts.com.