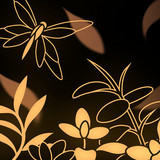 Psychedelic Rock'n'Soul Superheroes Near Death Experience (NDX) are a four-piece band from Ealing, London. Since forming in 2016 and playing Glastonbury 2017, they've gained a reputation for powerful, emotive live performances and a "shimmering psyche-tinged rock'n' soul" sound.   The Last Summer EP was launched in 2017, with the title track Summer played by BBC Introducing. NDX set up Ealing Live in September 2018 to encourage new and original live music in West London, hosting regular nights in local pubs as an alternative to the usual covers bands, with locals loving being introduced to new and exciting music.   NDX spent 2018 working on their first album Mouth to Mouth, which was released on 12 July 2019, pre-empting their opening slot at the Ealing Blues Festival. The rest of 2019 and early 2020 was spent writing and recording upcoming album The Release due out during late 2021 and hosting more Ealing Live gigs. Three singles were recorded and released during the 2020 pandemic –

Conquer, Moves and Lord for Christmas – all receiving rave reviews from underground bloggers and lots of indie radio play. Continuing the momentum, NDX kicked off 2021 with the well received funky psychedelic soul single Everything, released 29 January 2021, and recently released brooding, grooving new single R3L1G10N on 23 July 2021 – you can watch the videos for all NDX singles on their YouTube channel.