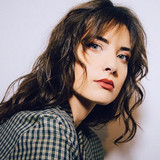 Born in The Netherlands, 1996. Rey Shifa started producing music at the age of 18. Now a couple years later this hobby has grown out into a fulltime job.   During her secondary school years, she started as a DJ and session musician (violin). She has been making music since she was 6 years old. With a classical music degree on the violin and Composition And Music Production education she started her company by the name Rey Shifa.   Rey Shifa signed a publishing deal with Sony ATV in 2020. A year before she received her first Double Platinum record for a co-production on the track Scars from well known Dutch artist Snelle.   Rey Shifa is pushing her career into another direction by continuing not only as an producer but also as an artist.