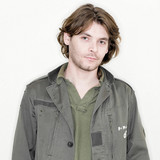 Samy K is an international DJ producer and remixer, playing DJ sets solo but also Live Shows with the singer Diva Avari and the guitarist Lutz Volcano. He started his carreer as a DJ in the city of Troyes in 1995. Quickly he moved to Paris and started to play in the most prestigious clubs and places : Queen, Bains Douches, Elysée MontMartre, Enfer, Folie's Pigalle, Studio 287, Nouveau Casino... During 4 years he was resident DJ at Banana Café (Paris) He released his first record « Party Times » in 2000. From this date, Samy had never stopped producing House Music projects under his name, but also for others artists. One of his more popular track is Fuckin Bitch released on Happy Music in 2009 which was utterly censured by the radios Now Samy is working for FRENCH HOUSE MAFIA