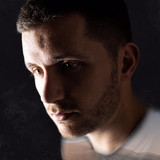 Connell Cruise makes passionate and emotive music; infectious melodies, instrumental riffs, instantly catching lyrics, and a seamless blend of genres create a style uniquely his own, connecting to the listener as storyteller intricately weaving life experience into his music and lyrics. The singer/songwriter was born in Johannesburg, South Africa and learned to play the piano from his grandmother at the age of 4. He sang in his church band, performed in musical productions and after earning his degree in Psychology joined in the founding of the gospel group We Will Worship - but it wasn’t until he was discovered by the David Gresham Record Co. in 2012 that his career took off. Cruise’s 2013 debut gave him his first radio number one, Not Just Friends. His follow up, Into The Wild, caught the ear of Epic Records' L.A. Reid and opened the door to Cruise’s first international record deal. His 2016 Island Records international debut, Into The Wild EP, saw immediate charting success on Radio Disney and Cruise toured extensively across the US and South Africa - for many of his fans their first taste of his breathtakingly impressive live vocal performance. His first number one album came in 2017 with Barely Breathing and in 2018 Cruise competed—and won—Dancing with the Stars South Africa. In 2020 Cruise released his greatest hits compilation, Confluence, followed immediately by his latest release of new music, Take Me to the River.