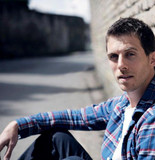 Alexander Joseph has been juggling his two passions of music & sport for as long as he can remember. As a musician he cut his teeth performing on the open mic scene around the city of Bath, whilst touring the UK with a covers band. His commitment to the world of sport stems from his time competing on the international tennis circuit & his more recent coaching roles.   He's since gone on to release a selection songs in support of various sports development initiatives which led to his appearance on Channel 4's 'The Superhumans Show' in the lead up to the 2016 Paralympic Games, where he performed his wheelchair basketball inspired anthem GB 365. You may have also heard his wheelchair tennis inspired song 'A Racket In Hand' whilst watching the tennis at Wimbledon!   Alexander remains committed to channelling important and heartfelt messages through his music. Last year saw the release of 'Not Defeated' - a song about overcoming adversity & persevering through the challenging times. He also released his second EP Broken But Beautiful, which drew inspiration from his experiences of fatherhood, mental health, faith & the need for relentless determination when pursuing our aspirations.    2021 kicked off with 'Make a Stand' featuring the powerful vocals of Tashara Forrest and his new release Now or Never, which is in aid of the British Paralympic Association, draws attention to the incredible achievements of the para athletes in a bid to bring us together in the name of sport.