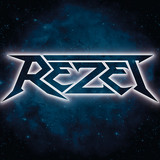 When Rezet released their fourth album Deal With It! in 2019, it made clear that the band wasn’t a one-trick thrash pony but a multifaceted beast that deserved international praise. Being cherished for its “perfect nature to go for the appropriate musical hook and channel it up, down and across the metal spectrum” (DeadRhetoric.com), “formidable singer” and “contrasting diversity” (Rock Hard Germany), the record accordingly introduced the four-piece to a wider audience. Still, evolution was never supposed to stop there, a fact that in 2021, Truth In Between gives proof of in the most impressive way. Rezet have written what front man Ricky Wagner describes as “our most song-oriented album to date, the joint effort of four very different characters with their respective influences.” Production was handled once more by Eike Freese at Chameleon Studios in Hamburg, Germany, the band opting to record all rhythm tracks live – no small feat, but executed to perfection. The result thickly underlines the quartet’s compositional prowess and sheer musicality. While the lyrics paint a stark picture throughout, Rezet deliver sheer class one song after another, with standout tracks such as fast-paced opener ‘Back For No Good’, the oppressive-progressive ‘Populate. Delete. Repeat.’ and ‘Deceived By Paradise’ – simply confirm the quartet’s exceptional status."Truth In Between" will be released on January 29th 2021 via Metalville / Rough Trade.