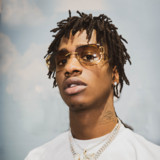 Bursting into the game through a series of mixtapes with close collaborator Lil Quill, Atlanta-based rapper Yung Mal built a career in the late 2010s with a blend of rapid-fire, street-level trap. After landing a deal with Gucci Mane's 1017 in late 2017, the rapper found his footing with the Blessed Lil Bastards mixtape series, working with Atlanta contemporaries like Lil Baby, Gunna, and Gucci Mane before branching into solo work with debut album Iceburg. Born in New Orleans before moving to Atlanta's East Side, rapper Yung Mal got his start in music through writing bars to popular beats, before being pushed to work on his own material by friends. Though recording original tracks casually from the age of 13, it was not until the late 2010s that the budding MC took music seriously, after his 2016 single, "Str8 Out Da Pot," found underground success online. Teaming up with close friend Lil Quill as Mal & Quill, the duo kicked off their career with a seemingly limitless work ethic, releasing debut mixtapes Blessed Lil Bastards and Blessed Lil Bastards 2 in April and May of 2017. The pair's early material was rooted in Atlanta's prominent trap scene, with Quill and Mal repping Zone 6 and delivering street narratives over the clattering hi-hats and resonant 808s emblematic of the genre. With their subsequent set, the duo sought to catch the eye of Atlanta legend Gucci Mane, creating a six-track homage EP to be released on 10/17 (in tribute to the rapper's 1017 label). Though the EP didn't see release until late November, it still found its mark, and Gucci Mane brought the pair into the 1017 fold in November of that year. Their third mixtape, Came from Zero, was soon to follow: released on Christmas Day that year, the duo's 1017 debut used the pull of their new label to land features from key Atlanta stars like Gunna, Lil Baby, and Rich the Kid, alongside verses from the label boss himself. Cooling off after their prolific run, 2018 was a quieter year for the duo. While collaborative mixtape SOUF6 (with X) landed in June, it was not until December 2018 that the pair's fourth mixtape, Blessed Lil Bastards 3, saw release. With production mainly in the hands of longtime collaborator Gudda Tay, the series' third volume continued in the banger-heavy approach of its predecessors. Following Quill's incarceration in 2019, Mal set to work on his solo career, releasing his debut album, Iceburg, in August that year. With a star-studded roster of previous collaborators including Gunna, Pi'erre Bourne, and, of course, Mane, the project gave a studio polish to the rapper's dynamic energy and authentic narratives. ~ David Crone, Rovi