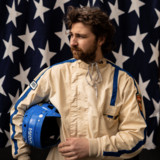 Coucheron built his reputation in the studio; signing with Atlantic Records at the age of 18 after multiple chart-topping remixes over at Hype Machine, the young producer and artist became a go to guy for some of the hottest international A-listers. Producing for artists such as Kehlani, Nick Jonas, Kyle and Don Diablo, Coucheron quickly made a name for himself and later rolled out his first original tracks, charting on college radio in Germany, the U.S. and Norway in addition to harvesting millions of streams across all platforms. Touring Norway and the U.S., the artists became notorious for his upbeat sets, setting fire to dancefloors while releasing tracks guesting the likes Mayor Hawthorne, Matoma and Ary to name a few.