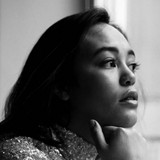 Growing up on an island outside Stockholm, singer-songwriter Marlene Oak turned to music as her escape, and then spent her teenage years busking with friends on the streets of the Swedish capital’s Old Town. After releasing a couple of songs, she has gone all in as a live artist, and built her following on the pub and festival stages around the country. Marlene Oak has enchanted audiences with her folk-rock melodies across the country as she focuses on performing live, including lucrative festival performances such as Way Out West, STHLM Americana and Irisfestivalen. Marlene Oak’s debut EP ‘Silver Moon’ was released in 2019. Her debut album "Northern Winds" was released on August 28, 2020.