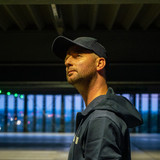 One of the most respected & established German techno icons in the scene. Ever since he started his career at the famous U60311 in Frankfurt, he has shown no sign of slowing off with worldwide appearances at the most acclaimed clubs & festivals, like EGG London, Time Warp or Streetparade. Felix nowadays redefines his music & general brand directing into his current favour for more melodically, but still, energy packed tracks. Terminal M, Suara, Unrilis or Filth On Acid are only a few top labels to name Felix is releasing on at the moment.