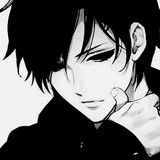 The leading artist of his generation, White Banshee, in former incarnations of his creative self, proved to be one of the most influential and innovative forces to impact music in the 2010's, spawning entire movements that transcended all boundaries previously considered unbreakable, with his influence seeping into mainstream culture from the depths of the alternative internet music scene. He regenerates now as White Banshee in time for the hypermodern era to continue showcasing his truly unique approach to music and art, known today as Flap style.