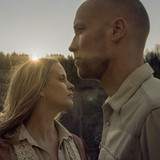 Featuring So Are We

New album "Piece of the Puzzle" OUT NOW! So Are We consists of songwriters Guro Vikingstad (vocal) and Stian Haslie (guitar), occasionally backed up by a band when songs call for it and when the stage is big enough. Their music is Americana-inspired pop with very personal lyrics, often based on their own lives. The duo is also a couple off-stage, and has despite their young age, a big collection of romantic, sad, happy and funny stories to provide inspiration. Guros voice is often described as intimate and soulful, and Stians guitars sometimes sound like a variety of violins but then suddenly turning into the blues devil himself. So Are We had a shy start as a duo in 2015, and has since then released 2 singles and an EP, receiving great acclaim from critics. In 2018, So Are We toured around Norway doing 15 concerts, and has during their 5th year as a duo built a big and devoted audience.