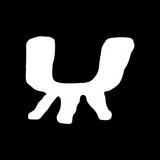 CUD are a British Indie-Pop band formed in Leeds, England in 1986. CUD consists of Carl Puttnam, Mike Dunphy, William Potter and Gogs Byrn. Though an Indie band, CUD's music incorporates elements of funk and pop. They were critically acclaimed throughout their career, supported the Pixies and recorded sessions with the late John Peel. Despite this, CUD never broke through to a mainstream UK record-buying audience and remain as one of the most underrated bands from the British music scene in the last 20 years. CUD disbanded in 1995 and reformed in 2006. "Sexy rhythms and memorable sparky lyrics. The music press hated them, the fan’s couldn’t get enough of em!"